Secrets of the haggis hunt finally revealed on film

Macbeth’s has lifted the lid on the highly secretive practice of haggis hunting and allowed the public to see a trap being laid, baited and harvested for the first time in an extensive video.

Macbeth’s has created a video giving a rare insight into the intricacies of catching the elusive wild haggis. 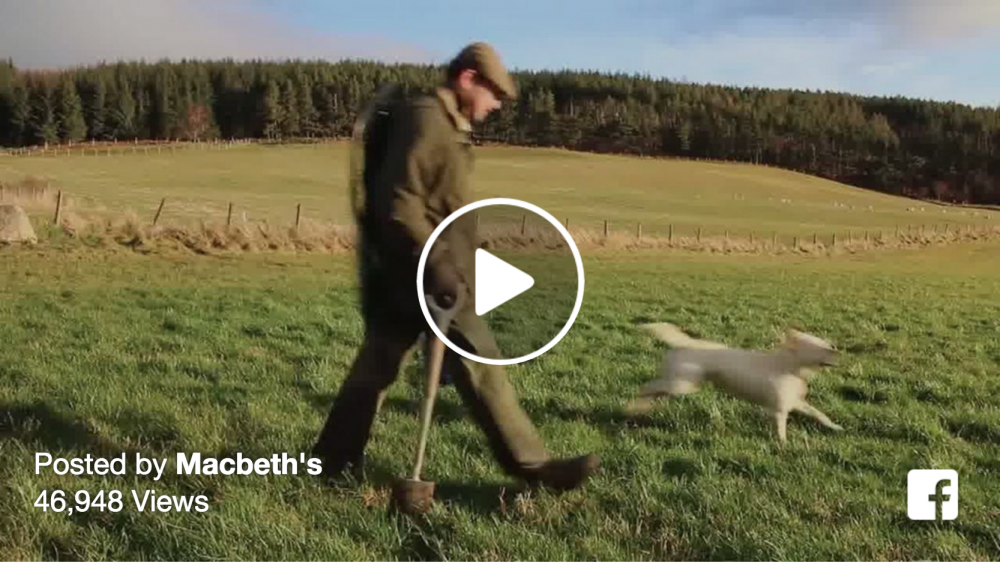 The footage has been made in the run up to Burns Night and features Head Haggis Hunter and director of the Forres-based butcher Jock Gibson setting traps and then grappling and wrestling with the haggis.

Haggis hunting season which began on November 16 will come to an end on Burns Night and as Jock explained, it’s a tiring two months ensuring he catches enough haggis for his shop and online sales.

“I simply never stop at this time of year and I thought it was important to show the dedication, care and also sheer strength that can go into catching the haggis. It takes time and patience.”

He added: “It’s been a mild winter which is a mixed blessing as we have been able to lay more traps, but the haggae are more agile when it’s warmer, and that makes them harder to catch.”

Haggis Hunters always work alone and they have dedicated areas which are theirs to hunt in which have been handed down through the generations.

“There’s a bit of friendly rivalry in the hills,” explained Jock, “If we catch a neighbours’ haggis, we invite them round and cook it for them. It’s a kind of trophy, because the haggae are very territorial.”

Macbeth’s concentrate on hunting native breeds such as the Red Heather Hopper which are stalked and shot.

However, the traps featured in the video show how to entice the Squat Ditch Runner and Highland Hill Hopper.

Haggis is a favourite on Burns Night

“We use single malt whisky to attract them into the traps. The haggae have incredibly effective noses. The Heather Hoppers are the most difficult to catch as they have longer legs and often just hop over the trap. They seem to like the smell but have no interest in drinking the whisky,” said Jock.

Jock whose family business is this year celebrating its 30th birthday added: “Haggis catching really is a skill and it’s often not talked about. As we are celebrating 30 years of the sport and the business, we felt it was about time we gave the public a little glimpse of what we do.”