I recently got challenged by a potential customer along the following lines:

“Why should I buy Scotch Beef from you and not from a supermarket such as (let’s call them) Laldi where it is a fraction of the price.”

And I have to admit it is a really good question. 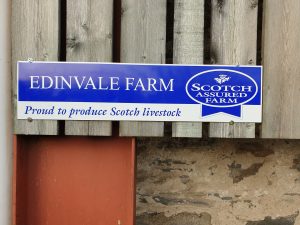 Scotch Beef PGI is produced to one of the highest assurance standards in the world. It provides full traceability of an animal assuring that it is born, reared and slaughtered in Scotland. The standard also assures that Scotch beef is produced to exceptionally high welfare and safety standards, ensuring that the customer knows that they are cooking a product that had been expertly produced and most importantly, it is safe to eat. All farms are inspected annually to ensure that they are meeting the standards and it is also a requirement that every farm has a health plan which in practical terms means that a vet is also going to have close contact with a farm. So the notion that farmers “can do what they like” is simply not an option which they are a Scotch Assured Farm.
Our butchers shop Macbeth’s is also inspected annually to make sure that “what we say we do, we do”. I.e. we say that we sell Scotch Beef PGI and we are inspected by Quality Meat Scotland to make sure that we are doing just that. 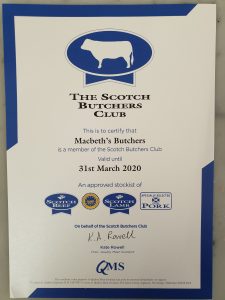 We are very proud of the fact that our farm Edinvale and our shop Macbeth’s are members of this assurance scheme as it means that we are rearing cattle and sheep in line with one of the most rigorous standards in the world and it gives our customers a level of reassurance. However I would also argue that we go a number of steps above Scotch Beef.
All our beef is from native breeds, namely Highland, Shorthorn and Aberdeen Angus. This is important for a whole host of reasons, most importantly TASTE! The flavour that we get from native bred beef is (I would argue) a cut above that of our continental breeds.

Another influencer of FLAVOUR is the diet. All our finishing cattle are fed on grass or silage depending on the time of the year. We have a minimal if any reliance on concentrate feed which means that our beef has the flavour boost that you get from grass and grass based feeds.

This is all also a factor when considering the ENVIRONMENT. Native bred cattle tend to be smaller and if they are smaller, they tend to eat less. This is really important when it comes to our breeding cattle as they are here with us for up to 18 years so they have the potential to eat a lot! Food for cattle does come at a cost to the environment when you put a machine near it so the less they eat the better. Our native cows will eat a lot less than a continental cow and over their lifetime will produce a similar number of calves. 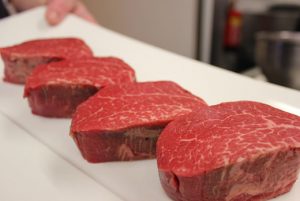 We also have a feeding and general husbandry regime on the farm so that each animal has equal access to the same feeds as the rest of its group. It may eat more or it may eat less, but by giving them all the same feeds, they can grow at the rate that is natural to them, without being forced, and this gives us a greater CONSISTENCY in the product that we produce.

A vital part of producing a fantastic product is how we look after the beef when it gets from our farm to our shop. All our beef is dry aged for a minimum of 3 weeks and up to 6. This maturation process not only helps the flavour of the beef but also the TENDERNESS, a vital part of the eating process.

When we are in complete control of our supply, there are clearly also other advantages including the ability to constantly improve what we do, both on farm and in the butchers.

I am really proud of the fact that we produce beef to one of the highest assurance standards in the world, and indeed Scotch Beef PGI is sought after all round the world. But I am exceptionally proud of the fact that we go a number of levels above that standard too; absolutely to ensure we are producing a safe and high welfare product, but also one that meets and exceeds discerning customers’ expectations of Flavour, Tenderness, Consistency and Environmental standards of production. 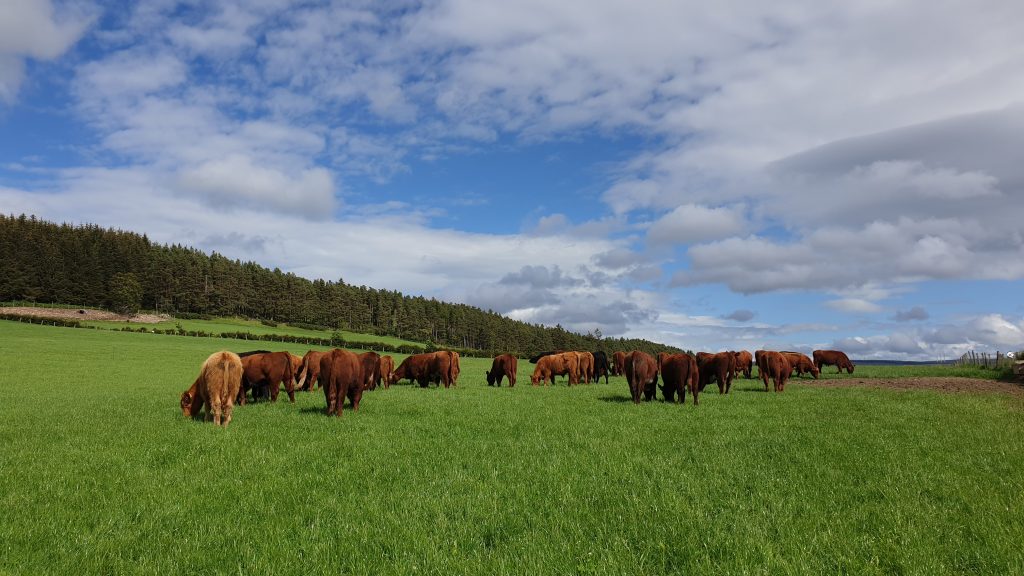