This Farming Wife: From lambing to calving 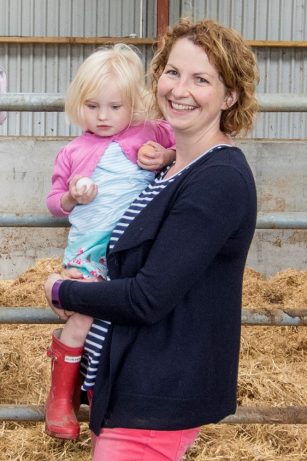 I was amazed at the number of folk that read my last blog! I have already been given a deadline for the next blog having thought I could sit tight for a while!

There is a fair amount to cover over the past few months so I’ll start with calving and slowly catch up.

Calving started at the end of February. All the cows were taken into the shed in preparation,  I often poked my head in just to check if anything was happening, I figured it was going to be pretty similar to lambing so was looking for the same signs. Fairly early on as I looked in I spotted a cow with a rather large pink ball coming out its back end! Now with sheep if I spotted that I would think it was a prolapse so would catch the ewe and get Dad to put the prolapse back in with what is called a spoon (it is not a spoon at all!).  However, having taking a picture and sending it to my brother he thought that it was probably just an older cow and was a slight prolapse but when she stood up it would all go back into place – and sure enough it did. I think basically as she was close to calving there is not much space left inside so things get pushed out! All was fine!

Calving went pretty well all in all, we had a couple of cows which required assistance. Unlike a sheep where you catch her and get her on her side, a cow has to be pushed, directed and often chased into a cattle crush. I merely observed Jock and Johnnie doing this! The cow stands in the crush while assistance is given. Johnnie tied a rope round each of the calf’s legs and pulled – quite hard – to get the calf out. As with lambs the mouth and nose is cleared immediately after birth to allow the calf to breath. All was fine and the cow and calf returned to the pen with the others.

The cows ready in the cattle shed for calving

The second cow required a bit more assistance, having attempted pulling the calf with the ropes the calf hardly moved. Thankfully our very helpful neighbour was able to assist with a calving jack. The calf’s legs are once again tied to two ropes  and they are pulled like a ratchet strap, there is a lot of power in a jack and you have to be really careful not to pull the calf out to quickly as this could damage the calf. The calf was out and required a bucket of cold water to shock it in to breathing! The cow and calf were fine and again were returned. Phew!

Taking it in her stride

Aila our four-year-old was glued to both assisted calvings and didn’t miss a trick in what was happening. Both scenarios were replayed, a lot, in Aila’s imaginary world and no detail was left out. She was obviously the one pulling the calf out though!

Calving continued until July! With two left to go. One of the cows prolapsed quite badly and the vet was required to stitch the prolapse back in. The stitch then became infected and required re-doing. Given the cow was in a bit of discomfort the vet decided to induce the cow as it was thought not to be far away for calving. The cow calved a healthy bull and was up and sucking – Aila decided to name him Archie. 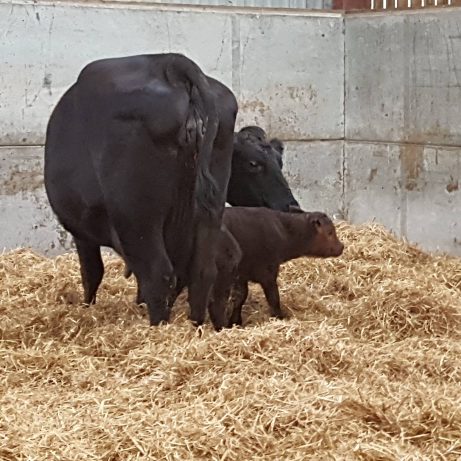 Less than 24 hours later Archie was off his legs and pretty lifeless. The vet came up and discovered that Archie was premature and his lungs had not yet fully developed so there was nothing we could do; the vet put him to sleep. Aila was out with the vet when she came to see Archie and came into tell me what had happened. She was very matter of fact with it and ended reassuring me by saying: “Its okay Mummy, we still have another calf to come, Archie will go to heaven with the sheep, the chicken and Granny and Grandpa”.